Building permits for a total of 124 900 housing units were issued in Germany between January and June 2013. That was 9.6%, or 10 900 units, more than in the first half of 2012. It also means that the positive trend regarding building permits for residential units is marching on.

Compared to the same period a year before, the cumulative net building volume covered by permits issued for non-residential buildings in the first half of 2013 declined by 10.2% to 92.9 million m³. This is largely attributable to a reduced number of building permits for private builders/owners (-13.1%). By contrast, permits for public-sector constructors jumped by 30.2%. In terms of building type, there was a big comparative downturn in permits for hotels and restaurants (-31.4%) as well as for factories and workshops (-23.4%). 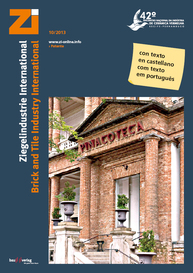 Permits for the construction of 228?400 residential units were issued in Germany in the year 2011. As announced by the Federal Statistical Office (Destatis), that was 21.7% or 40?700 units more than...

Between January and December 2010, building permits were issued for 187?700 housing units in Germany. As announced by the Federal Statistical Office (Destatis), that was 9?700 units (+5.5%) more than...

5.4% more building permits for housing units in Germany in 2014

In 2014, the construction of around 284?900 housing units was approved in Germany. As Germanys Federal Statistical Office (Destatis) went onto report, that was an increase of 5.4% or just under...