Argentina’s Minister of
Industry, Débora ­Giorgi, has welcomed the President of the Argentine company Cerámica del Norte, Juan José Soler, together with Luca Caramelli, the owner of Bongioanni Macchine, the Italian supplier of machinery to the clay brick and roofing tiles industry.

During the meeting with the Minister, J. J. Soler presented his company’s 50 mill. pesos investment in the construction of a new installation in Salta. Caramelli informed Minister Giorgi of how his company is considering the possibility of setting up a production plant in Argentina. From there, the company could supply the Argentine and Brazilian markets as well as the other Mercosur countries.

“Argentina is resolute in advancing the development of its capital goods industry in order to be competitive at worldwide level; investments in this sector will be favoured since we have a home market suffering from unfair competition and with a growing demand”, said the Minister.

The owner of Bongioanni explained to the Minister that his idea to set up a plant in the country was derived from the conditions in Argentina in the last few years. Many important investments have been realized in the clay brick and roofing tile sector, enabling his company to supply machines as well as logistic and technical advice to several Argentine companies. For this reason, he said, he saw Argentina as an ideal place to do business.

Bongioanni – the company founded in 1907 – became Bongioanni Macchine with the purchase of a block of shares by the Caramelli family at the beginning of 2000. Since then, the company has enjoyed a major relaunch and become not only a leader in the European market, but also in Asia, North Africa and South America. 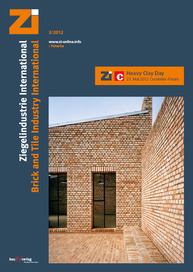 Cerámica Marcos Paz, a company located in Tucuman, capital of the Argentine province of the same name, has recently signed a contract with Bongioanni Macchine, for the supply of a new extrusion line...

Ceramica del Norte, based in Salta in north-west Argentina and capital of the province of the same name, is one of the largest brick manufacturers in the South American country. Three years ago,...

As one of the leading manufacturers of clay roofing tiles, the Wienerberger Group continues to trust in Bongioanni for the development of innovative roofing tiles. In 2019, several new roofing tiles...

Faithful to company tradition, Bongioanni Stampi continues to support its customers with innovations and state-of-the-art technological developments.    The design of clay roofing tiles is no longer...