Cerámica Marcos Paz, a company located in Tucuman, capital of the Argentine province of the same name, has recently signed a contract with Bongioanni Macchine, for the supply of a new extrusion line for the new plant currently under construction, also in same Argentine region.

The new extrusion line for the plant, planned with a production output of 800 t extruded material per day, will feature a Tecno 750, flagship extruder of the Italian company, as well as other clay preparation machines including a 612FR clay crusher, a 13LD clay disintegrator and a 450RS stone separator. In addition to these machines, a MIX710I mixer will be installed in the production department.

Along with the Tecno 750 extruder, Bongioanni has been entrusted with the supply of the new set of extrusion dies consisting of ten new Omega Plus extrusion dies. In addition, a new Cleandy automatic die-washer, designed and engineered by Bongioanni Macchine’s Moulds & Dies department, will be installed.

With this contract, the D’Andrea family, owner of the Argentine company, has once again confirmed the strong, long-standing business partnership with Bongioanni Macchine. The two companies have been cooperating for more than 20 years on the market of this Latin-American country. The Fossano-based company had already supplied Cerámica Marcos Paz with the production machines installed in the plant currently in operation.

With this new order, Bongioanni Macchine is once again demonstrating its continued competence as one of the major players on the Argentine market, thanks to the several dozens of machines installed throughout the whole country. 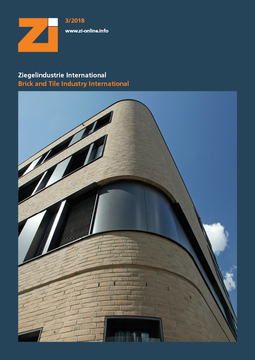 Argentinas Minister of Industry, Débora ­Giorgi, has welcomed the President of the Argentine company Cerámica del Norte, Juan José Soler, together with Luca Caramelli, the owner of Bongioanni...

Bongioanni has traditionally been a leading supplier of machinery for the production of clay bricks and tiles in Libya. It has recently realized two projects, one for Surman Brickworks and one at Al...

In a country where bricks have been virtually squeezed out of the market by concrete, a prominent businessman has recently re-opened a brick factory with his team. For the new start, they chose...