JuWö Poroton has invested €  9 mill. in renewing its production line for clay blocks at Zeller Poroton and started up one of the most modern installations in the world.

The long-established plant in Alzenau has been part of the JuWö Group since 2017. Since then, innovations have been implemented in many areas. With the new investment, Zeller Alzenau now has one of the most modern brick production lines in Europe. Work on the biggest project since the takeover, which started several months ago, was delayed for a few weeks owing to corona but has now been completed. The company invested in the complete renewal of the production line around Kiln 1 and the installation of equipment for production of the ThermoPlan-MZ-class clay blocks. These blocks are filled with sustainable insulation pads made of mineral wool or wood.

At Zeller Poroton in Alzenau, the first production line for clay blocks filled with mineral wool was put into operation back in 2008. “Together with the ‘Mein Ziegelhaus Group’, Zeller is the inventor of the clay block filled with mineral wool”, explains Managing Director Stefan Jungk. JuWö will now be able to offer all current and future sizes of the ThermoPlan-MZ class block from its own production. Four robots have been integrated in the state-of-the-art filling line, with which 800 blocks can be filled in one hour. The plant is now working twice as fast as before.

As the company reports, the rising demand for these products and new production processes made the new investment worthwhile. 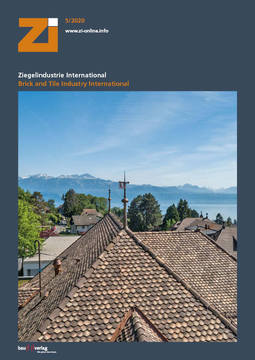 Brick manufacturer JUWÖ Poroton is reorganizing its sales department in the area of project management. Dipl.-Ing (FH) Oliver Rühr, well-known and well-connected in the industry, has been head of...

JUWÖ Poroton, the clay block manufacturer, is reorganizing its sales with regard to project management. Dipl.-Ing (FH) Oliver Rühr, known and well-connected in the industry, has been appointed head...

In 2012 the members of Deutsche Poroton that manufacture clay blocks were able to increase the percentage of filled clay blocks to 16% (2.3 mill. m3) of the total sales of the Association. In the...

Schlagmann Poroton is widening its portfolio with the addition of the newly developed Poroton-T6.5. The surface-ground vertically perforated clay block with integrated perlite insulation and a...