Despite first signs of recovery, housing construction in Germany still trails well behind most of the country’s neighbours in 2011. This is shown clearly in the calculations done by LBS Research on housing construction intensity based on the current building forecast by Euroconstruct. According to this, with 5.6 to 5.0 units built per 1000 inhabitants in Switzerland, France and Austria, at least two and a half times more newbuilds are completed than in Germany with a value of 2.0 (»1).

According to the forecast of the ifo Institute, housing construction in Germany will only increase significantly in the next few years. The Munich-based researchers are expecting a quota of 2.5 completed housing units for each thousand inhabitants by 2013. That is an around 50-% increase compared to 2009. These figures, however, are still far off the peak levels in the mid-1990s – when Germany held second place in the European comparison with almost seven housing units per thousand inhabitants.

Housing construction intensity in Poland (4.6), Belgium (4.0) and the Netherlands (3.9) is twice as high as in Germany. Only in Denmark has new building suffered significantly after 2009. Far more dramatic than for our Northern neighbours has been the process of adaption in the countries in which – fuelled amongst other things by unsound finance models – housing construction overheated and the price bubbles burst. This was especially the case in Ireland, where in 2006 still 21.3 housing units per thousand inhabitants were built, now, however, with 1.7, not even a tenth of that total is reached – Europe’s negative record for 2011. The situation is similar in Spain, where over four years ago newbuild intensity still stood at 17.4, whereas in 2011 just 2.1 housing units per thousand inhabitants are completed.

The climbers of 2011 compared to the previous year are two Nordic countries: Finland with 5.4 units has moved up to second place. Sweden, which in 2010 was just in front of Germany in second last place, is now a midfield runner with a figure of 2.8. 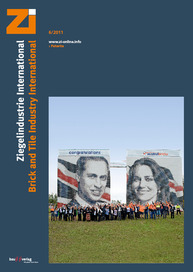