In Vienna at the end of May, the Wienerberger Brick Award was presented for the eighth time. This year, the award again recognizes outstanding brick architecture and  shows the diverse ways in which fired clay can be used.

At a total of seven projects from Europe, South America and Asia received prizes, which totalled € 34 000. The Brick Award was presented in the five following categories: “Feeling at home”, “Living together”, “Working together”, “Sharing Public Spaces” and “Building outside the box”. Two of these projects were also awarded a grand prize. In addition, two special prizes were presented for projects with a particular aspect that convinced the jurors.

“The Brick Award projects show how clay bricks can be used in many different ways as contemporary building material”, says jury member Jonathan Sergison from Sergison Bates architects based in London and Zurich.

The Westkaai 5 & 6 residential towers in Antwerp designed by Tony Fretton Architects impressed in the “Living together” category and were awarded one of the two grand prizes. The towers are part of a larger residential project within a new developed mixed-use quarter. The detail-rich brick façades of the two towers echoe the characteristic mix of monumental warehouses and mundane harbour buildings.

The win in the “Sharing public spaces” category and the second grand prize went to the extension of Basel Art Museum designed by Christ & Gantenbein. The newbuild complements the listed main building dating from 1936 and is connected to this through an underground hall. The project shows how clay bricks can be used in diverse ways.

In the “Feeling at home” category, the jury selected the Atlas House in Eindhoven designed by Monadnock. The detached house has been erected on a small plot and organized on three floors. Both the material and execution have been thought through carefully to get the best out of every element.

The Terra Cotta Studio in Dien Phuong (Vietnam) designed by Tropical Space is the work and living space of a well-known ceramic artist and won in the “Working together” category. The unusual cube on the shore of the Thu-Bon river impresses with its perforated brick façade. It allows the wind to blow through and cool the workspace naturally.

In Stockholm is the winner in the “Building outside the box”, the Värtan Bioenergy CHP Plant designed by U.D. Urban Design and Gottlieb Paludan Architects. The V-shaped ceramic elements arranged on top of each other clad the biggest urban biomass CHP plant in the world. As a result, the architects succeeded in appropriately embedding the industrial plant in its environment.

The first special prize winner, the San Bernardo Chapel in La Playosa (Argentina) designed by Nicolás Campodonico Estudio, is a little masterpiece. As neither running water nor electricity is available at the location of the project in the “Sharing public spaces” category, only sunlight and nature influence the atmosphere. Once a day, the sun, together with two wooden poles, projects a Christian cross on the eastern wall.

The Old Church of Vilanova de la Barca in Lleida (Spain), a project in the “Building outside the box” category, was awarded the second special prize. For the revitalization of the church, which was destroyed during the Spanish Civil War, AleaOlea architecture & landscape combined the secured and refurbished ruins of the walls with a new envelop of double-leaf brickwork. The designers created a unique dialogue between present and history.

Around 600 projects were submitted from 44 countries, including many from Europe. Even though Wienerberger awards the prize as the world’s largest producer of clay bricks and roofing tiles, the jury makes its decisions independently – also in respect of the bricks used.

In time for the presentation of the award, the high-calibre publication on “Brick 18” has been published in cooperation with Park Books.
Brick Award
www.brickaward.com 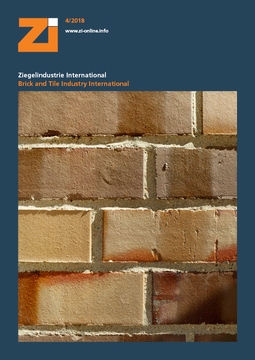 Honouring innovative brick architecture from around the world

The Wienerberger Brick Award has offered a unique platform for the recognition of outstanding brick architecture of international quality since 2004. The use of Wienerberger products is not a...