As a major producer of heavy clay products, Rapperswil brickworks took the step as part of their expansion strategy for the roof and wall products range. Both owner-managed family enterprises are beholden to the same high values of quality commitment, customer orientation and sense of responsibility for their employees and the environment, and both have similar entrepreneurial philosophies and cultures. This fusion puts both companies in a position to bundle their strengths and strong points and, hence, secure their own future.

Claude Morandi, managing director at Morandi Frères SA, planned his succession very carefully. He decided in favour of Rapperswil brickworks because the company satisfied a number of his preconditions: preservation of jobs at the existing facilities, retention of the name ‘Morandi’, strategically tenable operations and, finally, a good reputation combined with a comparable business culture. Claude Morandi will continue to stand by his company both in an advisory capacity at the operative level and as a member of the administrative council.

For Rapperswil brickworks, this takeover is strategically important. The resultant fortification of their roof-tile and brick divisions amounts to a timely response to market developments. The company‘s strengthened position in this market segment will not only unlock internal synergies, but also create an expanded product array that will be highly commensurate with the demands of modern, sophisticated architecture. 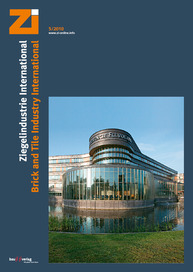 W?ith nine plants at five locations, Gasser Ceramic counts among Switzerlands leading clay producers. That standing is backed by many years of experience, competent staff and an independent family...

Solar hybrid roof in Rapperswil, ­Switzerland, off to successful start

On September 1, Panotron AG unveiled their new solar-hybrid roof tile for its first public showing in Rapperswil. In the weeks to follow, this innovative product, which generates both heat and...

On 25 January Arvi Paloheimo died at the age of 92 years following a long illness. His memory lives on, also in the numerous building projects of the great architect and designer Alvar Aalto, who...

To mark the 125 year anniversary of Morandi, the Swiss company and part of the Gasser Ceramic Group, clients, suppliers and partners were invited to a reception at the companys base in...