With a brief review of the history of the Stephan Schmidt Group, Managing Director Günther Schmidt welcomed his guests to the company’s Hasenberg site on 24 August. The company started out extracting clay in the Westerwald region of Germany, initially on a contracting basis, and then from 1955 at its own first open clay pit. Today around 200 employees ensure the extraction, refining and sale of around 1.6 mill. tonnes clay and kaolin from around 20 open pits. The group of companies, now managed in the 3rd generation, has subsidiaries in Italy and Spain as well as offices in the Netherlands and Poland and delivers to over 40 countries worldwide, even as far as Australia. For the family-run company, the focus is on long-term thinking and strategy of action. Consequently, in the first 10 years following the takeover of the pit in Eastern Germany, a lot was invested and built, including preparation and storage facilities, and in the beginning no profits were generated. Today up to 250 000 tonnes of light-firing clays and kaolins are handled by the 20 employees each year and then sold to, for example, the tiles and clinker industry. Now after 20 years, Stephan Schmidt Meissen GmbH, thanks also to its committed employees, has become a reliable mainstay within the Group.

“Saxony is a state that is rich in rock”, in which around 300 companies in the non-metallic minerals industry handle about 35 mill. t per year”, said Dr Johannes Beermann, Minister of State and Chief of the State Chancellery, in his speech. Here, he explained, mutual understanding and dialogue with the neighbour was important. As well-trained operatives were the “backbone” of the industry, he was particularly delighted that this year’s Stephan Schmidt Research Prize had gone to a researcher from Saxony.

This Research Prize sponsored by the Stephan Schmidt Foundation was awarded by Managing Director Schmidt to Dr Anja Geigenmüller, Freiberg University of Mining and Technology, for her research on marketing in the refractories industry. Objective of the Foundation, which was established in 1997 to mark the 50th anniversary of the Stephan Schmidt Group, is to support “projects aimed at researching and promoting German SMEs and generally presenting them to a wider public”. Günther Schmidt explained that Dr Geigenmüller had been awarded the prize because with her research on the subject of “Commodity marketing for the refractories industry” she had made a significant contribution to this sector as an important sales market for kaolins and clays. The prize-winner was thrilled that an industry prize had gone to a researcher – a good example of how these two different sectors can move closer to each other.

During the subsequent tour of the pit, the guests were not only able to view the raw materials, their extraction and refining, they also learned that the clay pit at the Hasenberg is an important site for fossils from the Tertiary period.

During the evening function, there was ample opportunity to sit together and review the last 20 years. 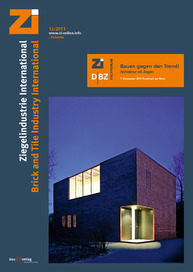 Quality clay solutions  the companies of Stephan Schmidt Group are among the leading producers of special clays and industrial minerals in the world. The wide range of products comprises white- and...

After 75 years, it is a good time to look back on what has been achieved. This is all the more true when the company celebrating its 75th anniversary has grown from a one-man business to one of the...

TCKI excursion at Stephan Schmidt in the Westerwald

For many years now, students on the post-HBO course at the TCKI (Technical Centre for the Ceramics Industry) have visited Stephan Schmidt KG in Langendernbach after having completed their course...

Stephan Schmidt Gruppe at the Tecnargilla

All companies consolidat- ed in Stephan Schmidt Gruppe are among the worlds leading producers of special clays and ceramic bodies. The large range of products comprises raw material solutions for...

The comprehensive range of products provided by the companies of Stephan Schmidt Group offers raw material solutions for all technical requirements of the ceramic industries, and professional special...