“House of stone” – that is what the country name Zimbabwe means in the Shona language. It goes back to Great Zimbabwe, a settlement that was the capital of the significant Munhumutapa empire from the 11th to the 15th century. In today’s ruins, one can see high stone walls built without mortar, but with many round shapes. The building typology of the Rising Star School has borrowed these shapes and transported them to the Zimbabwe of the 21st century.

A school for Harare

Since 2016, “Engineers Without Boundaries” have been working with local partners to erect a school building on the outskirts of Zimbabwe’s capital of Harare. The city district with the auspicious name Hopley was created 15 years ago as a result of politically motivated forced relocations and still lacks a basic infrastructure. Still today, tens of thousands of people there live in rudimentary houses without electricity and water supply.

The residents had set up a school early on, but there was no school building, so lessons were held in the open air and were frequently cancelled in bad weather. With the new school building, regular lessons are possible the whole year round. The project funded entirely from donations and endowments comprises the building of a two-stream primary school for years 1 to 7 (Zimbabwean school system) and an administrative wing for the school principal, administrative and teaching staff.

A new part of the building year after year

The project was launched in 2013 when the Stuttgart-based architect Kristina Egbers developed the design as part of her diploma thesis. The entire campus, which will at some point in time offer space for 800 pupils, consists of four building wings with lengths of 61 and 75 m, which form a rectangular inner schoolyard. Two of these wings were built in the years 2016 to 2019. Classes are now taught in ten classrooms, and the inner schoolyard between the buildings is used as a breaktime playground. The entire school is based on a based on a modular concept so that it can be extended in step with growing number of inhabitants in the settlement.

The single-storey buildings are rectangular in their ground plan and topped by a single-pitch roof. The main building material is clay brick, supplied by local producers. The central load-bearing and at the same time design element is the brick-built round arch. This was chosen on the one hand to span the classrooms without the need for further construction elements. On the other hand, the arch stands metaphorically for continuity and persistence – principles that are to apply to the entire school as an institution.

Another argument for the choice of bricks as the main building material was that masonry is traditionally widespread in Zimbabwe and there are plenty of local craftsmen with the relevant skills. After all, a key part of the concept is that the school is built by local workers.

At present, there are around 20 building workers active on the construction site in Hopley, all from the immediate vicinity of the school. Most have been in on the project since the first building phase and have a direct relationship with the project because their children go to the school and their wives are employed as teachers there.

The inclusion of the local population began already in the planning phase. In workshops and surveys, the expectations of pupils, parents and teaching staff were recorded and later integrated in the design. An attempt has been made to go beyond pure acceptance and to create a genuine attachment of the locals to the project.

Solid bricks were used, which with the dimensions 23 cm x 11 cm x 7 cm are somewhat smaller than the standard format usual in Germany. They exhibit a strength of 20 N/mm² and are used both as load-bearing bricks and facing bricks at the same time. The bricks are laid in a block bond with a hand-mixed mortar that corresponds to the British standard “General Purpose Masonry Mortar”.

While the exterior walls have a thickness of 23 cm, the shear walls with the round arches as the main load-bearing element a thickness of 35 cm. Spanned between these shear walls are wooden beams on which the roof covering of trapezoidal sheets is fixed. Below this is a second roof level made of wood so that between them is a “climate buffer”. In this buffer area, there is a constant air draught owing to openings in the masonry. Consequently, the temperatures in the classrooms remain comfortable even on hot days, which enables effective teaching.

Before construction in Zimbabwe began, the “Engineers Without Boundaries” erected a prototype of the shear wall with round arch on a 1:1 scale (radius 3.0 m) in Stuttgart. The bricks for this test build were provided free of charge by a brickworks. During the test, the necessary building times were determined, which were fundamental for the planning of the construction processes.

The key factor for construction planning in Zimbabwe is the weather. Building is done mainly in the dry season. At the beginning of the season, the groundwater is still very high, because in the rain season it rises to just below the surface of the ground. For this reason, the foundations for the specific building phase are always laid in the previous year, before the start of the rain season. All plans have to be scheduled around this.

Another important aspect of the project is the furnishing of the classrooms. For the youngest pupils, special chairs and tables were designed to meet the self-imposed standard of building an exceptional school.

The chairs have to meet numerous demands of everyday life and be stable, stackable and comfortable. There were various designs, made first as cardboard mock-ups, then as prototypes, which then underwent different tests, the most important of which was the children themselves trying out the chairs.

The result is the “Hopley chair”. Like the school, it is set up in a modular design and consists of just four pieces of plywood screwed together. Three of these pieces are identical so that the chair can be made in large numbers on the construction site. In the meantime, the furniture is used in the classes of the youngest children and has proven itself in everyday conditions.

In early summer 2020, the fifth building phase was started. With its completion, a U-shaped schoolyard will be formed, which in the years to come is to be closed to form a rectangle. Owing to the Corona pandemic, this building phase will take place under very unusual circumstances. For there are distancing and hygiene regulations in Zimbabwe, too. Apart from that, it is not possible to enter Zimbabwe at the moment so that project manager Kristina Egbers has had to coordinate the work from Germany. But thanks to the well-coordinated team, the experience of the workers on site and close cooperation with local partner organizations, everything has gone relatively smoothly so far, even under these difficult circumstances.

The school has been very well accepted by the people of Hopley. That is shown by the steadily increasing number of pupil registrations. Moreover, on account of the special brick architecture, which is authentic and locally rooted, it has become an object of identification for the entire settlement.

In 2019, the project was chosen as the overall winner of the Heinze Architects AWARD and has also won the “ICONIC AWARDS 2020: Innovative Architecture –Best of Best”. Moreover, it is included in the shortlist for the DAM Prize 2021. 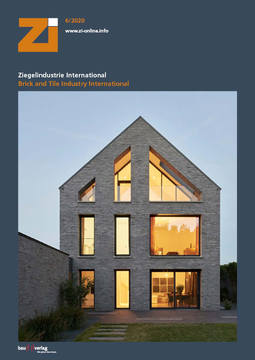 Ms Egbers, the Rising Star School was commissioned by a private school initiative to provide regular schooling in the informal settlement of Hopley, which was created by forced resettlement. The...

Winner of Brick Award 2020  Category: Building outside the box

On initial inspection, the narrow plot of land appeared particularly uninspiring  located as it is between the existing buildings of the Shri Sharda English Medium School, an electrical substation,...

What you dont see wont make you curious  thats the motto of the building client in this case. Thats why the new ArGeTon Tampa panel with concealed clips were used in the extension for a...