What is produced at the Wienerberger Kijfwaard West site?

MG: Kijfwaard West is the largest clinker plant in the Netherlands in the field of large-format clinker with moulded strip, the so-called type KK80 clinker. Four different formats of clinker bricks and pavers are produced and sold here for extensive projects such as pavements and general infrastructure measures. In the paving sector, more than 75 million WF are produced at the site per year.

Why did you decide to rebuild the setting plant in the existing production facility?

MG: There are three main reasons for this project. Firstly, we wanted to increase the capacity in the plant by ten per cent. To achieve this, the output of the setting plant had to be increased by 15 per cent.

In addition, our goal was to increase the buffer between unloading and setting plant from three to six or seven kiln cars. The individual plant components can now be operated more independently of each other. Thus, the plant efficiency could be increased significantly.

Thanks to a new safety concept consisting of mechanical, electrical and optical safety elements, the workplace safety could be adapted to the state of the art and, at the same time, the plant operability and accessibility could be extremely improved, which resulted in a considerably more stable production process.

As a result, an optimised production planning, which takes into account the frequent format changes but also the line maintenance, is now ensured with increased output. Less downtime of the line means higher efficiency!

What was the particular challenge in converting the existing setting line?

MG: Definitely the downtime! The specified downtime for dismantling and re-commissioning the new setting plant was 13 days. All those involved considered this to be the biggest challenge of the project. In the run-up to the project, there were still doubts as to whether Lingl would be able to meet this target. Especially in view of the generally tense situation on the procurement market, the Corona pandemic and also the insolvency of Lingl, which was not overcome until early summer 2021.

However, Lingl was able to convince us, as a member of the Schug Group and newly positioned, to continue to be the reliable and trustworthy partner for Wienerberger.

The reconstruction project was jointly tested several times in advance and successively optimised. With a great team effort and a top-prepared assembly team, Lingl together with the Kijfwaard West team succeeded in realising the downtime of 13 days. Lingl was thus able to repay the trust placed in it with a top performance!

What do you see as important trends in the ceramics industry?

MG: The biggest challenge currently facing the ceramics industry is without doubt the legally required reduction of CO2 and the associated reduction of energy consumption. Gas and electricity are major cost drivers in a brick factory.

How do you try to counteract this?

MG: We are constantly working on the energy optimisation of the entire plant. Lingl supports us in this and will continue to be a strong partner for Wienerberger with new and innovative approaches! We are also researching the dematerialisation of our raw material chains, i.e. we are trying to use fewer and fewer raw materials while maintaining the same product quality, or to put it another way: We are constantly working on the optimal composition of the material.

In addition, we are of course looking for ways to replace fossil fuels with alternative, sustainable energy sources.

Mr Groenewegen, thank you for the interview!
This article appeared in 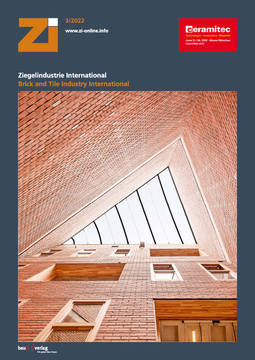 Almost 100 different type and colour variants from one and the same plant: Such production requirements of the customer Wienerberger-Koramic for a plant for accessory roof tiles made high demands on...

As one of the global leaders in systems and plant engineering, Hans Lingl Anlagenbau and Verfahrenstechnik GmbH & Co. KG offers solutions and advanced know-how along the entire value chain of the...

As one of the global leaders in systems and plant engineering, Hans Lingl Anlagenbau and Verfahrenstechnik GmbH & Co. KG offers solutions and advanced know-how along the entire value chain of the...

On 16 June, in the presence of the Wienerberger Group management as well as the Managing Directors of Marcheluzzo Impianti, Dario and Giancarlo Marcheluzzo, Wienerbergers new production plant in...