Absolut Keramik represented by Nikita Galvin and Sabir Mamedov have contracted to Cleia to construct one of the most modern brick plants in the Republic of Kazakhstan.

This Cleia contract with a volume of more than € 17.5 mill. was signed during the official visit of the French President François Hollande on 5/6 December 2014 in the presence of the Kazakh President Nursultan Nasarbajew. It covers the supply of state-of-the-art technology “made in France” for the annual production of 40 mill. high-quality facing bricks and insulating blocks in the Russian format.

The new production plant will be located in the city of Kostanai, northwest of Astana. With the acquisition of a capital interest in the new brick plant, Cleia will also enter into the Absolut Keramik project as a partner, which is a guarantee of success and a pledge of quality for the realization of this major project.

The signing of this contract has been possible thanks to the efforts of the Burgundy region, which is supporting Cleia in the construction of this industrial project, for which Cleia should like to express its thanks. 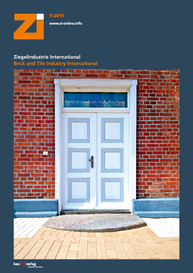 Argibordj, a company in the Guerrouache Group, has contracted Cleia to construct a new brick plant in Algeria. The new plant is located on the Algerian highlands in the Bordj Bou Arreridj region. The...

The construction of one of the biggest mono-line brick plants in Algeria for Argibordj, a company in the Guerrouache group, demonstrates Cleias capacity to financially and technically realize these...

With the contract for the extensive revamping of a brickworks awarded by Arth Ceramics (formerly Red Ceramics Ltd.), Cleia, the French plant engineering company, is continuing its international...

The construction of one of the biggest mono-line brick plants in Algeria for Argibordj, a company in the Guerrouache group, demonstrates Cleias capacity to financially and technically realize these...