A 75th anniversary is a reason to be proud of the company’s history. Founded in 1938, the then very small enterprise has now become a plant and machine engineering company that, in its history, has revolutionized an industrial sector with a very high degree of entrepreneurship and inventive spirit.

This anniversary, however, meant a lot more for everyone involved – employees, customers, suppliers, shareholders and retired employees. After some years of economic turbulence, a new course has been set for Lingl in the 75th year of its existence including a reorientation of the company with a comprehensive restructuring programme. Taking place in the light of major changes, this anniversary at the same time sent a very positive message to the market.

It was clearly stated in the ceremonial addresses that despite the difficulties that had to be mastered Lingl was a very efficient company capable of change which not least could be credited to the support provided by the staff. The managing directors, Hugo Schneider,  Michael Winterhoff and Frank Appel as representatives of the shareholders  showed their respect and recognition when communicating this message to the staff. The district administrator Hubert Hafner put emphasis on the international performance of the company referring to it as “Swabian inventive spirit which has brought about worldwide recognition”. The other guest speakers, including Anton Hörl, Chairman of the Association of the Bavarian Brick and Tile Industry, gave their greetings to the staff and demonstrated their closeness to the company.

Many of the Lingl representatives as well as the executives of the subsidiaries innovatherm, Lingl UK and Trafö arrived to participate in the festivities of the 75th anniversary and to congratulate in person. It was a great pleasure for Lingl that several customers had arrived especially for this day at Krumbach.

A great event on the day was the honouring of 19 staff members for their long period of service at Lingl, six with 40 years of service and 13 with 25 years of service. Managing director Claudia Lutzenberger and head of human resources Harald Gruber did the personal honours.

On the occasion of the anniversary, Lingl invited to an “Open Day” and to a “Training Day” impressively presenting the full range of its services. The interest of the employees and their families but also of the public exceeded all expectations. The organized factory tours were more than fully booked and the training workshops were sometimes overcrowded. The “Multimedia Infomobil” of the Bavarian metal and electrical industry had a strong appeal to trainees and students.

“You can feel the solidarity of the staff members with the company and it is good to see how interested the public is in the company Lingl”, said managing director Hugo Schneider. 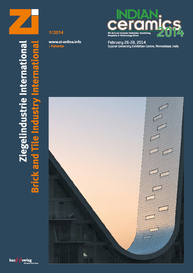 This year, the company Hans Lingl Anlagenbau und Verfahrenstechnik GmbH & Co. KG looks back on a company history of 80 years. These years were full of stability and changes, full of tradition and...

This year, the company Hans Lingl Anlagenbau und Verfahrenstechnik GmbH & Co. KG looks back on a company history of 80 years. These years were full of stability and changes, full of tradition and...

Hans Lingl Anlagenbau und Verfahrenstechnik GmbH & Co. KG (Lingl) acquired the know-how and the intangible assets of SMB Maschinenbau GmbH as part of an asset deal on 24 March 2017. Based in...

Hans Lingl Anlagenbau und Verfahrenstechnik GmbH & Co. KG (Lingl) acquired the know-how and the intangible assets of SMB Maschinenbau GmbH as part of an asset deal on 24 March 2017. Based in...

Along with more than 300 guests, including state and municipal politicians and business partners, the entire Juwö workforce plus past employees celebrated the 150th founding anniversary of the...