Since 2011, Syria has been plunged in one of the bloodiest conflicts of the 21st century. According to the Syrian Observatory for Human Rights, this conflict has caused the death or disappearance of more than half a million people, the displacement of more than 12 million people and that more than 11 million people urgently need humanitarian assistance.

One of the most devastated areas is Aleppo. More than four years of siege and fighting in the streets have turned one of the largest and most populous, and what used to be one of the richest and most beautiful cities in Syria into a pile of ruins. In view of this situation, many international entities and organizations have been working for years on the reconstruction of a region scarred by pain, death and destruction. One of them is the Spanish NGO Rescate (“Rescue”), present in Syria since 2001, and which is currently developing various projects aimed at mitigating the effect of the war on the civilian population and the reconstruction of basic structures.

The NGO Rescate and the United Nations Development Program (UNDP) have launched the “Alepoh” project to help with the reconstruction of this city through “The Factory of Hope”, an initiative that is training men and women to make bricks from the rubble left by the bombings. To finance the project, the NGO Rescate has launched a limited edition of 2 000 solidarity bricks imprinted with “Made in Spain for Aleppo”, which will be sold at a symbolic price of € 500 each.

Morte, the Spanish machine engineering company, is happy to support such initiatives and social programmes. The company has therefore contributed to this project by donating an extrusion die for a double hollow brick with two exits that has been used to produce the bricks. Other associations in the Spanish construction sector (Hispayt, Andimac, SEOPAN and CNC) have also collaborated with this initiative. With the planned 1 mill. euros to be raised, the “Factory of Hope” can be maintained for the next two years. With the money, it will also be possible to rehabilitate 400 homes in the east of the city, the area most damaged by the bombings, and to completely rebuild several schools and an entire hospital.

Morte encourages everyone to support this project by buying one of these solidarity bricks to help this city rise again from the rubble. Further information is available on the campaign website https://alepoh.org. 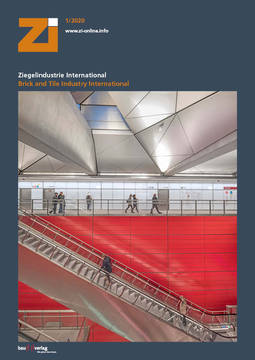 Optimization as a way of living

The Argentinian company La Pastoriza is one of the leading companies in the production of ceramic bricks and hollow blocks. Founded in 1953 in the province of Buenos Aires by the Rico family, the...

Morte to expand its market in Russia and the Balkans

The Spanish company Morte is continuing its international expansion, most recently in Russia and the Balkans. In the Balkans, an agreement has been made with the company Advantex, which is to...

The German brickworks Ziegelwerk Waldsassen AG Hart-Keramik has produced the first 100?000 energy-saving clay blocks in the wall thickness 36.5 cm with the new die supplied by the Spanish firm...

Solidarity and securing the future

These two concepts can be used to summarize the current discussion about association reorganization. Solidarity implies that the future challenges for the ­German clay brick and roofing tile industry...