The number of housing starts in England dropped by 11% last year, highlighting the dire need for measures to tackle the national housing shortage, new figures from the National Housing Federation have revealed.

Commenting on the statistics, housing charity Shelter called for immediate action from the government, warning that if it failed to implement decisive measures now, it would soon have to deal with the biggest housing crisis England has seen.

According to the National Housing Federation, special attention needs to be paid to the supply of affordable homes, because there is a huge demand. At present, developers and building companies are operating in a “challenging environment” for construction activities. The lack of mortgage approvals is a major obstacle because when people cannot buy homes, builders cannot build them, the federation added.

Figures from the Department for Communities and Local Government (DCLG) showed that in 2012 the number of housing starts dropped to 98 280, compared to the peak in the year ending March 2006, when there were 183 000 housing starts. By June 2009, figured declined to their lowest to 75 000 and picked up again to 110 000 a year later. However, recent quarters saw a slowdown in activity once again, the BBC reported.

A spokesperson for the DCLG said that the government realized the need for improvement and was not complacent about the current situation. The government is investing £19.5 billion public and private funding in a programme that will deliver 170 000 affordable homes and is injecting a further £1.3 billion into unlocking stalled sites to boost new housing numbers even further, he explained. 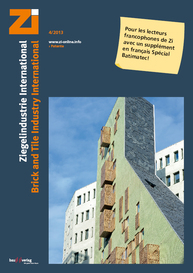 Between January and December 2010, building permits were issued for 187?700 housing units in Germany. As announced by the Federal Statistical Office (Destatis), that was 9?700 units (+5.5%) more than...

Belgian masonry brick industry  back in recession in 2012

Following a period of recession, by the end of 2010 the industry was hoping for economic recovery. But while economic growth could be observed in the first two quarters of 2011, the economic climate...