For the Leipfinger-Bader brickworks family in Vatersdorf/Bavaria, the new year began with a painful loss. As the company has announced, at the age of 81 years, Kastulus Bader, who had managed the brickworks for decades and built it up to become a leading company in the German building materials sector, died in January.

Kastulus Bader was in every way a pureblood entrepreneur with heart and soul. After he had joined his parents’ company as a 23-year-old graduate engineer in 1963, it was, above all, his entrepreneurial visions and impressive ability to successfully realize these visions that laid the foundations for the ongoing success story of Leipfinger-Bader, as his obituary released by the company reads.

True to his life’s motto “Nothing is as permanent as change”, Kastulus Bader has had a decisive influence on the brickworks both as a human and an entrepreneur for more than four decades. Continuously developing clay bricks as a healthy and sustainable construction material was always a matter that was close to his heart, and for which he never steered clear of any challenge. Particularly thanks to Kastulus Bader’s pioneering management, Leipfinger-Bader set standards in the industry and grew over the years to become one of Germany’s leading producers of sustainable brick products.

From 1976, Kastulus Bader was the honorary head of several renowned and prominent institutions in the heavy clay industry, both in Bavaria and nationwide, for three decades. He was a founding member of the Unipor-Interessengemeinschaft e.V., being its President and Chairman for 36 years, Chairman of the Ziegelforums e.V., President and, since 2012, Honorary President of the Association of the Bavarian Brick and Tile Industry as well as Vice-President of the Federal Association of the German Brick and Tile Industry.

At the age of 81 years, Kastulus Bader died on 19 January. The Bader company family mourns a beloved husband, father of four children, father-in-law and grandfather. His son Thomas Bader, Managing Director of Ziegelwerke Leipfinger-Bader, describes his father with the moving words: “He was a role model through and through, emotionally committed to and fierce for his cause.” 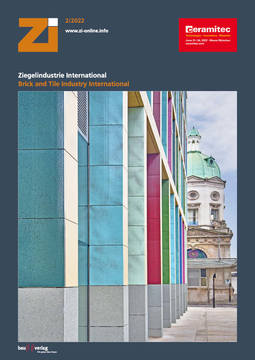 Kastulus Bader from the Leipfinger-Bader Brickworks celebrated his 70th birthday on 26 June.