The leading international trade show for the entire ceramics industry, from classic ceramics and raw materials through powder metallurgy and technical ceramics, will be held from 20 to 23 October 2015 on the exhibitions grounds of Messe München.

A total of 613 exhibitors from 42 countries showcased their innovations at ceramitec 2012. 58% of the exhibitors came from abroad; for the first time, China was the strongest international exhibitor country. ceramitec attracted some 16 800 trade visitors from 106 countries, 57% came from abroad. Compared with the previous event, this corresponds to an increase of 15%.

Messe München has used its international experience and high professional competence for an expansion to India. It bought the event hosting rights to Indian Ceramics, which was held for the first time by MMI India, the Indian subsidiary of Messe München, from 26 to 28 February 2014. With 5 513 visitors and some 150 exhibitors, the ninth edition of Indian Ceramics was a great success and will be available to ceramitec as an additional annual advertising platform in the Asian region in future. The next Indian Ceramics will be held at the Gujarat University Exhibition Centre in Ahmedabad from 21 to 23 January 2015.

A further development of the “Technical ceramics” and “Powder metallurgy” areas is planned for ceramitec 2015; the classic areas of raw materials, heavy clay ceramics, whitewares and refractories will nevertheless continue to be the focus at the event. The trade show therefore provides both exhibitors and visitors with an exceptionally wide range of products and services.

This is reflected by the new key visual for ceramitec 2015. The well-known “flaming C” plays an important role in the new motif. The flames have become even more dynamic and the slogan “Hot spot for the ceramics industry” underlines ceramitec’s claim. 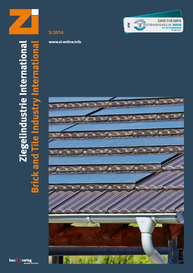 This year, for the first time ever, Indian Ceramics  powered by ceramitec, was successfully held under the management of MMI India Pvt. Ltd., a subsidiary of Messe München International. The next...

In 2015, the key international trade show for the entire ceramics industry, ceramitec, will take place in Halls A1, A2, B1 and B2 and can be reached via the West Entrance. Raw materials and additives,...

ceramitec, a key international trade show for the ceramics industry, will be held in Munich from 18 to 21 May 2021. By setting the dates in spring, Messe München is bowing to the wishes of the...

At Ceramitec 2009, which will be held at the New Munich Trade Fair Centre from October 20  23, 2009, exhibitors and visitors can look forward to another first-rate supporting programme at the...