The economic crisis and more specially the heavy clay market weakness have strongly impacted Keyria. Keyria subsidiaries have experienced significant cancellations of orders at the end of 2008 and a sharp decline in their business since early 2009.

Aiming to overcome the economic slump through extensive reorganization, on July 31 Keyria announced a plan for general restructuring. Related financing was the object of a preliminary agreement approved by the Paris Commercial Court but it could not succeed due to an even greater degradation of Keyria’s markets and business opportunities of its subsidiaries.

As a consequence, the Paris Commercial court has initiated safeguard proceedings for the parent company Keyria and reorganization proceedings for the insolvent French companies (Adler, Ceric SA, Fimec, Hallumeca, Pelerin and Tecauma). They will continue operation during the related observation period of four months.

All these procedures are centralized in the Commercial Court of Paris.

The company management is mobilized to maintain the high level of commitment to its customers by making every effort to ensure the continuity and continuation of projects developed with them. 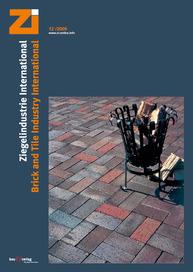 Zi: Ceric Technologies has been starting up for some months now. How has the new company fared? With how many employees are you starting and what turnover are you targeting? And, do the figures...

1 Overview As expected, the 11th International Trade Fair for Machinery, Equipment, Plants, Processes and Raw Materials for Ceramics and Powder Metallurgy reflected the tense situation in the...

In 2015, Erlus AG generated sales of  110.1 mill. This meant that the companys annual sales totalled about  7 mill. below the figures of the previous year, corresponding to a decline of 6?%. The...

On March 26, 2010, ending insolvency proceedings that lasted several months, the commercial court in Paris has approved the transfer both of assets from the companies Ceric, Hallumeca and Pelerin to...