To stem speculations on the property market in Beijing, a family may in future only buy one property in the Chinese capital.” As the China News Service reports, this city council regulation is aimed at containing the ‘excessively rising prices’ on the property market. The city council has also decreed that no mortgage loans will be awarded to potential property buyers who cannot prove that they have paid taxes. As a further precondition for home loans, buyers must also have paid social security contributions to the city of Beijing for at least one year. The average price for an apartment in Beijing is currently 21 164 Yuan (around 2 340 €) per square metre. According to media reports, the price has doubled compared to last year.

The housing markets could not be more different. On the one hand, an overheating building sector in a rapidly developing country like China, on the other hand, stagnation on a mature market like Germany. Both developments are damaging for the national economies. In China the bubble is set to burst. Many new buildings are not even occupied, properties being bought only to be sold on at a much higher price later on. Despite the many new builds, this is leading to a housing shortage as most average earners can no longer afford to buy property with this excessive speculation. Fortunately, brick products from China are not suitable for use on the European market so that after the property speculation bubble has burst we shall not have to grapple with this problem as well. The European cement suppliers, however, can already start battening down the hatches.

A housing industry that has almost ground to a halt as in the last 15 years in Germany, in which not even half of the residential property needed long-term is actually being built, also leads us to a dead-end. The population depends on the availability of housing that meets its new needs in our radically changing times. Especially the construction of housing for senior citizens needs to be forced ahead in the next few years. There are increasing signs that the problem is now being recognized especially in built-up areas. With rising rents and housing prices, tenant associations, but investors too, are pricking up their ears. We must work together and do everything to ensure this development also reaches the politicians and they do their bit to get back to a sensible level of housing construction in the mid-term.

Apart from these rational reasons, new building in Germany will only increase significantly again when – in contrast to the last 15 to 20 years – property again starts promising an increase in value. As witnessed on other markets (Spain, Ireland, UK) in recent years, then things really take off. In Germany, this was only the case for a short time after German Reunification, but since then the market has been paralysed in shock. We do not want any doubling of the value in one year and the increase rates still achieved in Spain and Ireland until a few years ago have proved extremely damaging in the last years. A moderate increase of value on the property market, would, however, be very helpful for the construction industry as well as for the sustained development of the housing infrastructure in Germany. Unlike in Beijing, in Germany anybody interested in buying property should invest now, the more the better! 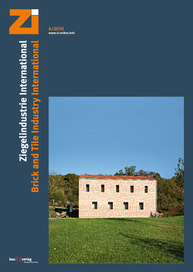 Bau, the World's Leading Trade Fair for Architecture, Materials and Systems, is now positioning itself in China, one of the worlds biggest construction markets. On 8 and 9 July 2014, the first "Bau...

Seven fat years for the Federal Republic of Germany and especially for the domestic property market have been forecast by Daniel Gross, Director of Brussels economic research centre CEPS, and even...

The Bau Congress China will celebrate its premier in Beijing on July 8 and 9, 2014. Preparations are underway at full swing. The congress is divided into two topics: The first congress day will...