The fall in turnover suffered by the sector from late 2008 through 2009 finally bottomed out in 2010”, observed Pietro Cassani, Chairman of Acimac (the Italian ceramic machinery and equipment manufacturers’ association), commenting on the preliminary figures for 2010. In the twelve months of 2010, the sector’s turnover is estimated to have risen slightly to € 1.242 bill., up 1.2% on 2009.

This is an encouraging result that has also confirmed the international scale of the Italian ceramic machinery industry, which generates more than 75% of its turnover from exports. The strong international presence of Italian companies has enabled the Italian ceramic machinery manufacturers to benefit in recent months from the recovery under way in a number of important regions, including the Middle East, Asia and South America. “These regions”, noted Cassani, “will play a crucial role in maintaining Italy’s world leadership in the next few years.” The initial forecasts for 2011 are also positive: “We are anticipating total turnover growth of between 10% and 15%”, Cassani concluded. 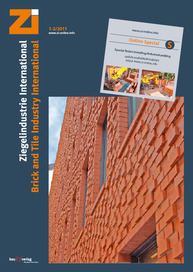 The Italian manufacturers of machinery and equipment for the ceramics industry have achieved a record turnover. According to the National Statistical Survey conducted by Acimac, the sectors turnover...

The Italian manufacturers of ceramic machinery and equipment reported 26.2-% growth in turnover for 2011. According to a survey conducted by Acimac, the sector generated a turnover of  1.738 bill.,...

The 19th national statistical survey conducted by Acimac reveals an 8.6% recovery in turnover compared to the disastrous figures of 2009. While still a long way from the pre-crisis levels, this...