T he Spanish company Beralmar has received an order to supply a new Micromatic solid fuel firing facility for firing with micronized petcoke in the Balkans. The facility is going to the IGM Stražilovo ceramics plant in Sremski Karlovci, Serbia, which belongs to the Croatian holding company Nexe Group.

The Micromatic facility will replace 70 % of the current natural gas consumption, at a daily production rate of 300 t, making significant savings in energy bills for the plant.

This is now the second petcoke firing facility that Beralmar has supplied to the ceramics plant, which with two production lines manufactures around a fifth of the total production of the Nexe Group, thus proving the level of customer satisfaction and Nexe’s trust in Beralmar. 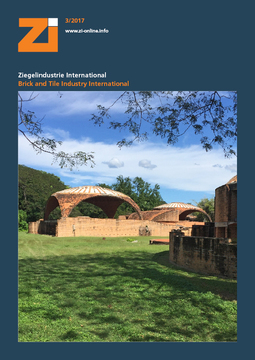 Beralmar is preparing to supply a new Micromatic micronized-petcoke firing installation to the Slavonija IGM ceramic plant in Naice, eastern Croatia, owned by Nexe. It is the third plant that this...

Beralmar, the Spanish plant engineering company, has realized optimization projects at two plants owned by the Nexe Group. With a total of eleven tunnel kilns in Croatia, Serbia and Bosnia, the Nexe...

New order for a micromatic installation in Morocco

The Spanish company Beralmar has just booked a new order for a solid fuel firing facility in Morocco. It is a micromatic installation for the Briqueterie Tarik in Tangier, which will substitute...