In 2019, Keller looks back on a successful company history of 125 years. Keller, the German manufacturer of machinery and plants in Laggenbeck, is one of the most important companies in Ibbenbueren. The beginnings of the company were small, but revolutionary, and typical for the time of the great inventors at the turn of the century.

It all started with the convincing idea of the company founder Carl Keller in 1894: the first finger car for brick factories, a transporting car with movable bearing arms, with which bricks could be easily loaded and unloaded. At that time, Carl Keller could not even guess that his invention would be a technical milestone in the mechanization of brick handling. His invention made the working conditions of the workers easier and increased productivity considerably.

In 1910, the first fully automatic machine, type Hörstel, was developed, with which the products can be cut and set down on transport pallets. Further pioneering inventions of Carl Keller followed and laid the foundation of today’s globally acting company. Automation was the key to success and made the young company Keller rapidly known across national borders.

The passionately keen inventor and commercially experienced company founder Carl Keller died in 1932 and left behind an internationally renowned enterprise with solid foundations. Despite his personal success, Carl Keller kept his natural and modest character throughout his life, thus shaping the company culture. From the beginning, the staff participated in the success of the company and was motivated by recognition. For more than 90 years, the company was managed by the Keller family.

In 2000, the family business was integrated into the French Ceric Group. Since 2007, Keller has been a division of Legris Industries, another French company.

Keller has remained true to its guiding principle as an innovative and technologically leading company to this day. The employees who have gone through all the ups and downs of recent years with the company have always been crucial to this success. 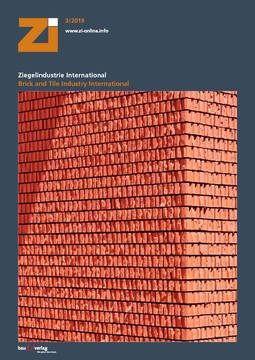 On 26 May 2017, the successful entrepreneur Werner Keller passed away at the age of 92 years. Werner Keller was born in Ibbenbüren-Laggenbeck in 1924. After the war he studied political economics at...

Keller  Successful in Russia for 100 years

Nearly half a lifetime with Keller HCW

In the course of a small ceremony Laurenz Averbeck, the managing director of Keller HCW, celebrated his 25th anniversary with the company. He started his professional career as a graduate engineer in...

Keller HCW ceramic laboratory in the service of customers since 1959