On 11/12 September, Gustav Eirich GmbH & Co. KG, the machine engineering company founded in 1863, was joined by the German Ceramic Society Regd (DKG) and around 120 attendees from Germany, Austria, Switzerland, Luxemburg and Turkey in celebrating its 150th anniversary with a celebratory ceramics symposium at the company’s headquarters in Hardheim.

In his welcome address, Werner Griebe, DKG Board Chairman, thanked Paul Eirich, who represents the fourth generation of the family and is the long-serving Managing Partner of the family-run company, for the invitation. For Griebe, the guarantees for the Eirich’s success are innovation as well as its closeness to customers and markets – and that for 150 years now. The Director at Duravit AG spoke on the big changes in design and technology for ceramic sanitaryware in recent years. It was essential, Griebe stressed, that machine engineers, raw materials suppliers and ceramic manufacturers worked together in developing new processes, to ensure that the ceramics industry stays in Germany.

In his speech, Paul Eirich praised the DKG as an enormously flexible association which has always adapted to the market and the prevailing situations. Eirich joined the DKG as a member back in 1925. In 1932 at the DKG Annual Meeting in Berlin, a DKG member presented the Eirich mixer as an extremely useful machine. In the following years, kneaders and pan mills were replaced with Eirich mixers. The
Eirich success story started back before 1900 with the company founder Gustav Eirich manufacturing, for instance, roller mills for relatively small brickworks and potteries. The company started building mixers in 1903. With the planetary mixer designed in 1906, the company went into ceramic applications. With the development of the countercurrent mixer in 1924 and the subsequent intensive mixer in 1960, almost all areas of ceramic production as well as the processing of carbon compounds were covered. For many branches, like, for example, the refractories industry, the Eirich mixer is the standard worldwide. Today the company supplies Eirich mixers from 1 l to 12 000 l. With regard to customer closeness, Eirich has built up an international network of sales, production and service companies. France, Russia, Ukraine, USA, Brazil, South Africa, India, China and Japan are all Eirich bases today. Some of the foreign subsidiaries are also responsible for their own portfolio of complementary products that within the company group hold further potential for the future too. For Paul Eirich, the family company is backed fully by its employees – a key element in the success of this long-established company. Around 1 500 employees, half in Germany, generate a group turnover of € 200 mill. in eleven countries. Paul Eirich stressed that the research and development budget is well above the industry average. There are three mainstays for research and development at Eirich: customer-specific projects, experience-based development in-house as well as cooperation with universities and research institutes are the main sources for innovations. With a high level of in-house manufacturing, the company can respond flexibly, assure a high quality standard and offer customers excellent service. Paul Eirich does not see himself as the owner of the company, but at best as its custodian and emphasizes: “As a family business, it is possible for us to think in a longer time frame than just to the next quarterly financial statement and we therefore have more freedom of action.” The concept of sustainability that is frequently bandied about today embraces for Paul
Eirich the company’s entire entrepreneurial activities.

In the two following papers, the Eirich employees Peter Nold and Hans-Jörg Walter showed why “technology leadership” is uppermost in the company’s guiding principles. Over many decades, Eirich has successfully introduced new processes and machines in its core markets. Advancing from purely mechanical mixing, in many applications processes have developed that combine several functions in one machine. Eirich works for its customers on tailored and therefore optimum solutions. Many user industries open up insights into preparation methods that can be transferred as innovations to other industries. Eirich’s developments over the decades have contributed to new and more cost-efficient production methods. The spectrum for ceramic machines today includes processes such as granulation, coating, kneading, dispersion, hot-mixing, cooling, de-airing, wet and dry grinding and much more. From the modern roofing tile to high-tech ceramics, Eirich technologies are successfully used today in the ceramics industry worldwide.

The Eirich mixer as a useful production machine ran like a thread through the subsequent papers over the two days of the symposium. The papers are available for download on the DKG website.

The Eirich gala evening in the Erftal Hall in Hardheim provided all attendees with a festive setting for talks among colleagues. 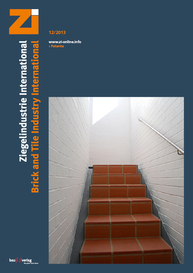 ceramitec 2018 will be an all-encompassing meeting place for the industry. The trade show, which will be held from 10 to 13 April 2018, will coincide with the 93rd Annual Meeting of the German Ceramic...

DKG  German Ceramic Society  with the assistance of Messe München International, will be hosting a  Bavaria Night at ceramitec 2015. Germanys ceramists want to celebrate with guests from...

At the competence center for 3D printing of ceramics in Hoehr-Grenzhausen, Germany, refractory molded parts are to be produced for the first time. For the preparation of the mixes, the university has...

Following participation in the Spanish exhibition Cevisama which ended on 9 February 2018, the Italian Ceramic Plant And Machinery Manufacturers Association Acimac is ready for its next...