The Italian ceramic machinery and equipment manufacturing industry is set to end 2012 with a slight fall in sales. A strong performance in the first six months of the year was offset by second-half falls. Preliminary year-end figures published by the Acimac Studies Centre (Italian Ceramic Machinery and Equipment Manufacturers’ Association) put the sector’s turnover at around € 1,6 bill., 8.6% down on 2011 but in any case 15.4% higher than in 2010. In 2012 the best performances were again recorded in international markets, which continue to account for more than 80% of total turnover.

However, the slowdown in growth during the last few months of 2012 is also alarming Acimac’s Chairman Fabio Tarozzi: “Since September we have been seeing a widespread downturn in the various world markets. The dynamism displayed by several countries is offset by the slowdown in a number of longstanding export markets such as Iran, China, ­India and Brazil.” 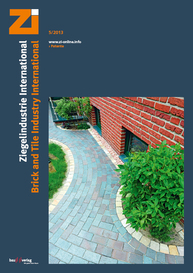 The Italian ceramic and brick machinery and equipment manufacturers reported a 53.9?% increase in turnover in the first six months of 2021 compared to the first half of 2020, when the industry was hit...

The Italian manufacturers of ceramic machinery and equipment reported 26.2-% growth in turnover for 2011. According to a survey conducted by Acimac, the sector generated a turnover of  1.738 bill.,...