1 Building industry in the Netherlands

According to EIB (a sectoral Economic Research Institute for Construction and Housing), the Dutch construction industry showed very substantial growth for the third year in a row in 2017.

The housing construction sector was the driving force behind this (+10%). Although this growth was initially delayed by weak development in the granting of permits in 2016, there was an unexpected leap ahead in the last quarter of 2017. According to Buildsight, 58 250 new houses were completed in 2017 (+8%). According to preliminary statistics (April 2018), the number of... 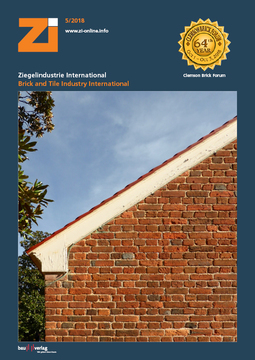 In 2018, total sales of the Dutch facing brick grew strongly. This growth was export driven, although domestic sales also experienced an upturn (+?6%). In 2017, these sales were still on the decline...

1 Building industry in the Netherlands According to EIB (a sectoral Economic Research Institute for Construction and Housing), the Dutch construction industry showed very substantial growth for the...

2016  a good year for the Dutch construction industry

Durability Social issues in the field of energy supply, climate-friendly entrepreneurship and circular construction forms are urging Dutch manufacturers of building ceramics to think about future...

KNB was proud to present itself in its entirely renewed form both at the annual Master Bricklayers Day and the 2012 facade trade fair Gevel, in Rotterdam. In the spring, KNB generated huge...