On 19 September 2014, the winning projects were presented with the Fritz Höger Award 2014 at the German Architecture Centre in Berlin.

With 504 submitted and more than 70 nominated projects, the Brick Architecture Award has again tremendously exceeded the last competition in 2011 (over 340 submissions). With project proposals going far beyond Germany’s borders, the Fritz Höger Award, now presented for the third time, has become established internationally as a prestigious prize for brick architecture.

On account of the high quality and the large number of submissions, with the presentation of the Fritz Höger Award 2014, the jury has introduced a new award system. So, for the first time, a Grand Prix as well as the Fritz Höger Award in gold and silver were presented. In addition, other projects were given “Special Mention”.

The Grand Prix was awarded to the Siza-Pavillion Isle of Hombroich in the category “Public buildings” designed by the architects Alvaro Siza and Rudolf Finsterwalder. The Gold award-winners in the individual categories: 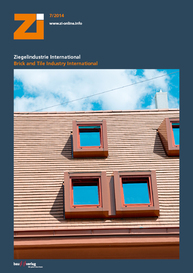 The Fritz Höger Award for Brick Architecture invites designers to showcase the entire architectural potential of the clay building material. Awarded for the fifth time this year, it honours the best...

With the number and quality of the expected submissions from all regions of the world, the Erich Mendelsohn Prize will once again be one of the largest German architecture prizes. The competition is...