For a number of years now, the sector‘s total production output has remained fairly constant. Nor has there been any considerable change in the overall number of producers and employees in the German brick and tile industry.

One reason for all this is the fact that the increased number of building permits has not been accompanied by a corresponding increase in building completions. The number of housing units completed in 2015 did not exceed the 2014 figure, and the number of completions in 2016 failed to expand as much as anticipated. Not counting the one-off effect of the many new dormitories for immigrants, the overall gain stopped just short of 7 %.

Thus, the association still sees major demand for new housing or, to quote Martin Roth, president of the Federal German Association of the Brick and Tile Industry: “Even though the fact that nearly 280 000 residential units were completed last year may sound impressive, that is still far below the required number of 350 000 to 400 000 units.“

The Federal German Association of the Brick and Tile Industry Regd (Bundesverband der Deutschen Ziegelindustrie e.V.) represents a total of 90 companies with some 110 production facilities and a good 8 200 employees. The total turnover of all members together comes to roughly € 1.2 bill. per annum, and the export quota to points in Europe is currently running at roughly 15%. 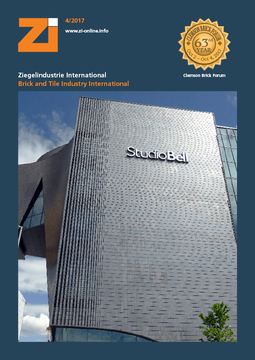 In 2007, the Spanish brick and clay tile industry, as represented by Hispalyt, the Spanish Association of Brick and Clay Tile Manufacturers, counted 430 member companies. By 2014, that figure had...

Germanys brick and tile industry: Back on the rise

Continuation of peak relief for electricity tax from 2013

The current regulation on the electricity tax peak relief as stipulated in § 10 of electricity tax law will expire at the end of 2012. In the German clay brick and roofing tile industry, around...