Scottish architectural firm Nord is the winner at “Wiener­berger Brick Award 2012” in the category “Non-­Residential Building” with a primary electrical substation for the 2012 Olympic Games, built at the Olympic Park in London‘s East End. The architect‘s approach was a pure geometric solution interpreted with a rich brick texture made of coal-black bricks. There is a contrast in the design of the brick façade between the solid mass of the plinth and the ‘looser‘ brickwork of the upper section. “The jury considers this a very successful project due to its very clear idea and perfect execution of the brick façade”, says jury member Zhang Lei. Architect Alan Pert: “The monolithic simplicity deliberately distinguishes itself from the spectacular form-play that characterizes the sports facilities.”
This article appeared in 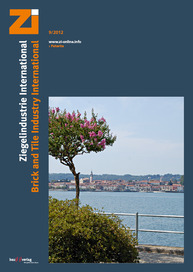 In a prime location between Rotterdam city centre and Crooswijk Park, in the restructured district of Nieuw Crooswijk, a multifunctional urban landscape is being created according to the master plan...

The Wildbachgut newbuild project in the popular Seefelquarter of Zurich, realized by Moser Wegenstein Architekten AG, is a modern residential building with a self-assured architectural approach....