In July 2012 Rehart’s fifth production hall was officially unveiled with an opening ceremony coupled with a party for the employees and their families. The significant increase in the market share in the German-speaking countries, particularly in the ceramic industry, made it necessary to expand the production areas to 7 500 m2. In their opening speeches the Mayor of Ehingen, and the District Administrator of Ansbach thanked the founder of the company, Klaus Schülein, for his enormous commitment and constant readiness to invest in the region.

For three decades everything is revolved around the screw

The highest level of reliability, future-oriented technical development, excellent know-how, many years of experience, and last but not least, excellent co-workers – these have been the characteristics of the RehartGroup for the last 30 years. Alongside the core business of the company, the refurbishment and hard-facing of screws and the high-quality spare parts for the ceramic industry, the company has in the last few years also expanded in the sectors of ceramic composite materials and hydro power. The RehartGroup products have shown their competitive strength on the world market in many projects.

Asked about the secret to this success, the company owner, Klaus Schülein answered with a quotation from Henry Ford: “It is not the employer that pays the wages – he only hands over the money. It is the product that pays the wages”.

Solidarity among the co-workers and sustainability are the cornerstones of the company philosophy: sustainability, on the one hand, by refurbishing and optimizing in the ceramic industry, on the other hand, environmentally friendly energy production with Rehart hydro power stations. The electricity produced on the roof top of the new production hall by photovoltaic cells is used directly in the production, showing the ecological responsibility the company assumes.

The Group has in the meantime five locations with 160 employees. This includes Rehart GmbH, ­Bavaria; ­Petersen Service GmbH, North Rhine-Westphalia; Rehart GmbH Thuringia; ­Petersen Samara, Russia and Durus, Romania. After the opening of the fourth production hall in 2008 new sales markets have also been established in India, Japan, Algeria, Bulgaria, Australia, Morocco and the USA.

Excellence from the very beginning

In their training programmes for young people Rehart also does excellent work. This year two of its trainees in metal construction completed their apprenticeship with top grades and received awards for their extraordinary performance. This was also honoured during the opening ceremony.

The weather gods were also on their side, so that everyone could enjoy the day with sunshine, live music and fine eats and drinks. For the children there were also lots of attractions, so boredom had no chance. The party was an all-round success. 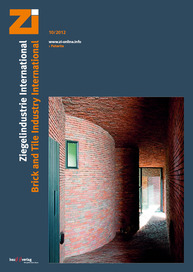 On 30 October, Rehart GmbH, the wear protection and optimization specialist, joined by staff and guests of honour from politics, the region and industry, inaugurated a new office building in Ehingen....

An idea becomes a brand

October 1983: In an old, almost dilapidated forge in a small village in Middle Franconia, Klaus Schülein takes the plunge into independence. With his idea of regenerating and hard-plating worn-out...