Going beyond the grid-like façades that dominate inner cities nowadays, a modern headquarters for the Bremer Landesbank has been built in the historical old town of Bremen. With its multifaceted clay brick façade, the building is highly representative in its effect, clearly referencing Hanseatic building culture.

The old and very dilapidated building was taken down to make space for the seven-storey newbuild, which was ultimately erected on top of the old foundations. The façade of the new bank was designed to echo the North German brick expressionism of the 1920s.

The depth and three-dimensionality arising from the exciting façade relief create an interplay of light and shade, exuding great vibrancy. 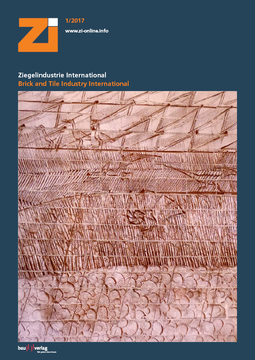 The 2017 Fritz Höger Awards for Excellence in Brick Architecture were conferred at Deutsches Architektur Zentrum (DAZ) in Berlin on October 6, 2017. The winning entries to this years competition...

Brick sculpture on the Rhine

Set in an exquisite location on the bank of the River Rhine and commanding impressive views, the Rheintower in Cologne-Mülheim sets new standards for urban living. The architects commissioned to...

A truncated pyramid with a twist, created by Basel-architects Herzog & de Meuron, now complements the huge Bankside Power Station on the south bank of the River Thames. This is the home, since the...