The international port was the beating heart of Bremen’s economy for more than 100 years – until the end of port operations in the 1990s. Instead, the Überseestadt district, one of the biggest harbour revitalisation projects in Europe, has been emerging in its place since 2000.

An architectural highlight combining maritime and urban flair are the Deichhäuser (Dyke Buildings) at the harbour edge with their distinctive red-brown-blue-multicoloured brick façades. Lighter and darker nuances of the brick randomly laid with front and rear sides showing cause the bricks to appear playful and change in their effect depending on incident light. Their almost coarse look is caused by the lack of the engobes usually applied to these bricks to give them a glossy finish. As a result, these bricks appear more brittle and roughly textured.

Furthermore, the share of coal-fired bricks as well as the number of bottom-faced bricks in the product mix were matched precisely to the preferences of the client and the executing firm of architects. Not only the colour, but also the unusual shape of the façades is made possible by customized firing. Shaped bricks manufactured exactly as specified by the architects create the unique, wave-like curvature of the façade. 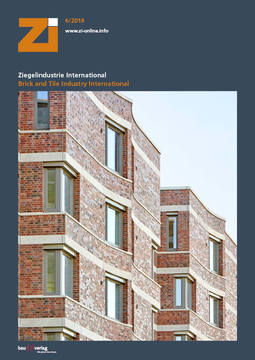